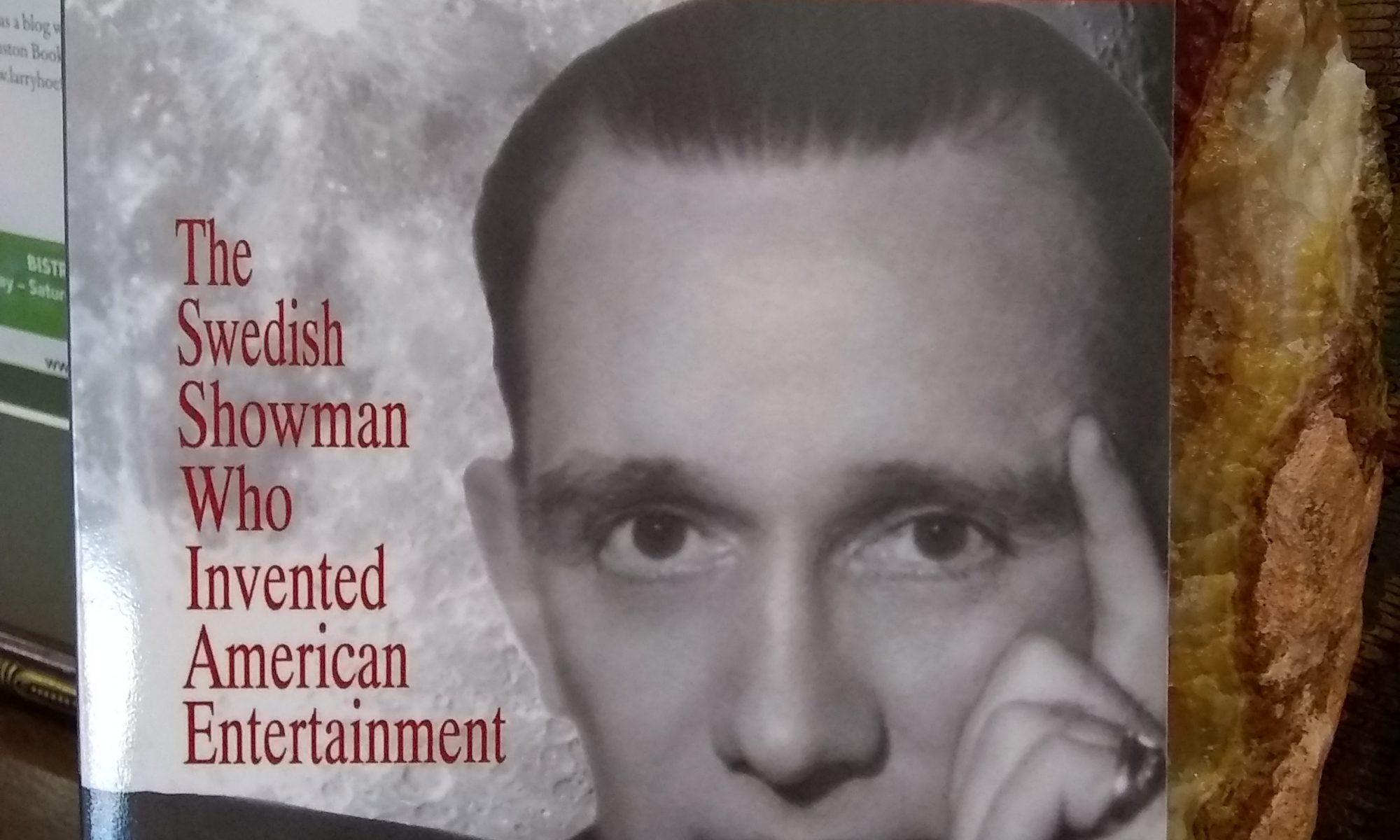 Or in this case, with apologies to Rick in the movie Casablanca: Of all the bookstores in all the towns in all the world, the book walks into mine…

From the First-Time-For-Everything department: among the used books that came in with inventory-adds was a copy of my own book. As it turns out, it is somewhat of a scarce item, these days. 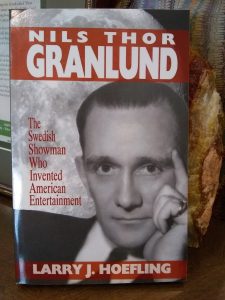 Nils Thor Granlund: The Swedish Showman Who Invented American Entertainment had a tiny press run ten years ago before the title was acquired by McFarland Publishing, which changed the name, among other things. It is still a biography of NTG, an enterprising showman who was once described as the “highest paid entertainer” in the US. He died virtually penniless, despite having discovered and brought to the bright lights some of the top show business people of his time.

Knowing how few copies of the Inlandia Press version exist, it is almost astonishing to have a pristine copy brought into the shop – almost undoubtedly returning to the place where it was purchased (although ten years ago we were in a different location on Main St.). The McFarland publishing contract required the earlier version be pulled from the market, so it is out-of-print, although the McFarland version is still out there.

It’s a bittersweet reunion. The book is an unread copy, without question, which is a little deflating to the old ego. The flip-side is – it is such a nice copy of such a scarce thing, that I’m happy to have it back without it ever having been cracked open!

I glanced inside to remind myself what year it was published (2008), and it surprised me that it was a decade ago. How time flies, these days.

We’re still serving lunches daily (except Sunday) from 11am to 2pm. Come by and let us serve YOU!