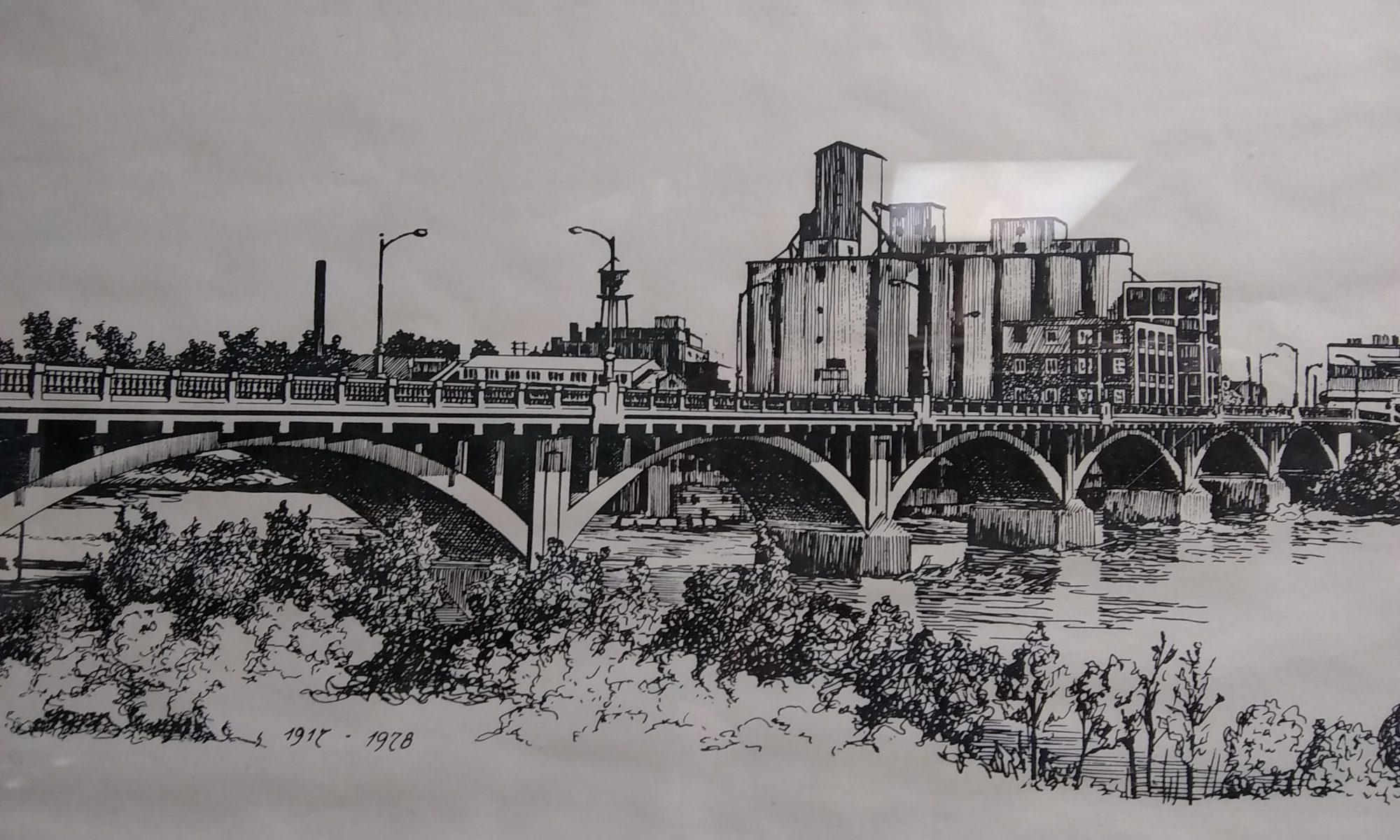 I like to joke that – after coming back from the War in France, they couldn’t keep my grandfather down on the farm, and he moved off to the big city.

Actually, Kansas City was the nearest city to the Cass County, Missouri farm where my grandpa was raised, but after serving in World War I, southeast Kansas is where he found work constructing a highway bridge.

It was completed shortly after the war, and survived until about 1978, and my mother seems to recall that it was described as a bridge that went from nowhere to no-place. Other than that, there seems to be blank as to exactly where the bridge was located.

I’m wonder if by posting these pictures of the structure, someone with a long memory might be able to identify the bridge, maybe by using the silos in the background as a landmark. I’m fairly certain the bridge was in the Labette County – Neosho County area of southeastern Kansas. 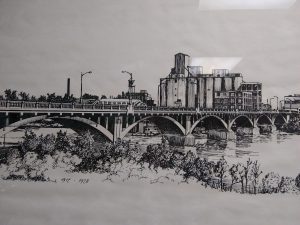 The pen and ink art is another mystery. I believe it was acquired at an arts festival and the artist’s signature box in the lower-right corner reads ORRIN, but I can’t make out whether the rest of the writing is part of his name or a dating mark. Since he is the author of the piece, it would be nice to have that information to include with the framed artwork.

The piece hanging on the office wall is likely a print, so there could be other copies still out there – perhaps hanging on walls of people better informed than I am. 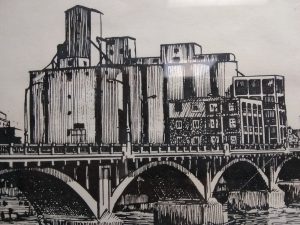 As for the romantic story associated with it… the telephone company used to employ young women as operators – the people who actually connected the person calling with the person being called, through a thing called a switchboard. Back then, if you picked up the telephone “receiver” and held it to your ear, a voice would inquire: Number, please!

When young John – being the loving son that he was – was compelled to call the folks back in Missouri from his job in Kansas, he would stop in the phone office to make the call. There he met a young phone operator and romance “called.” 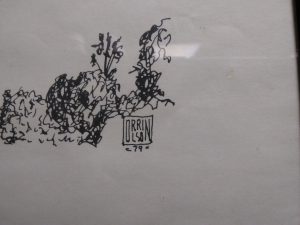 So while the bridge did not survive into the new millennium, descendents of those associated with its construction have – some more curious than others about a bridge to a family’s past.

Let me know if you recognize it, or if you don’t, maybe you could share it along in hopes of helping solve this little mystery of the Bridge, the Artist, and the Location – which all figure in the stories of young John and Sylvia and a grandson wanting to pin down the family history!