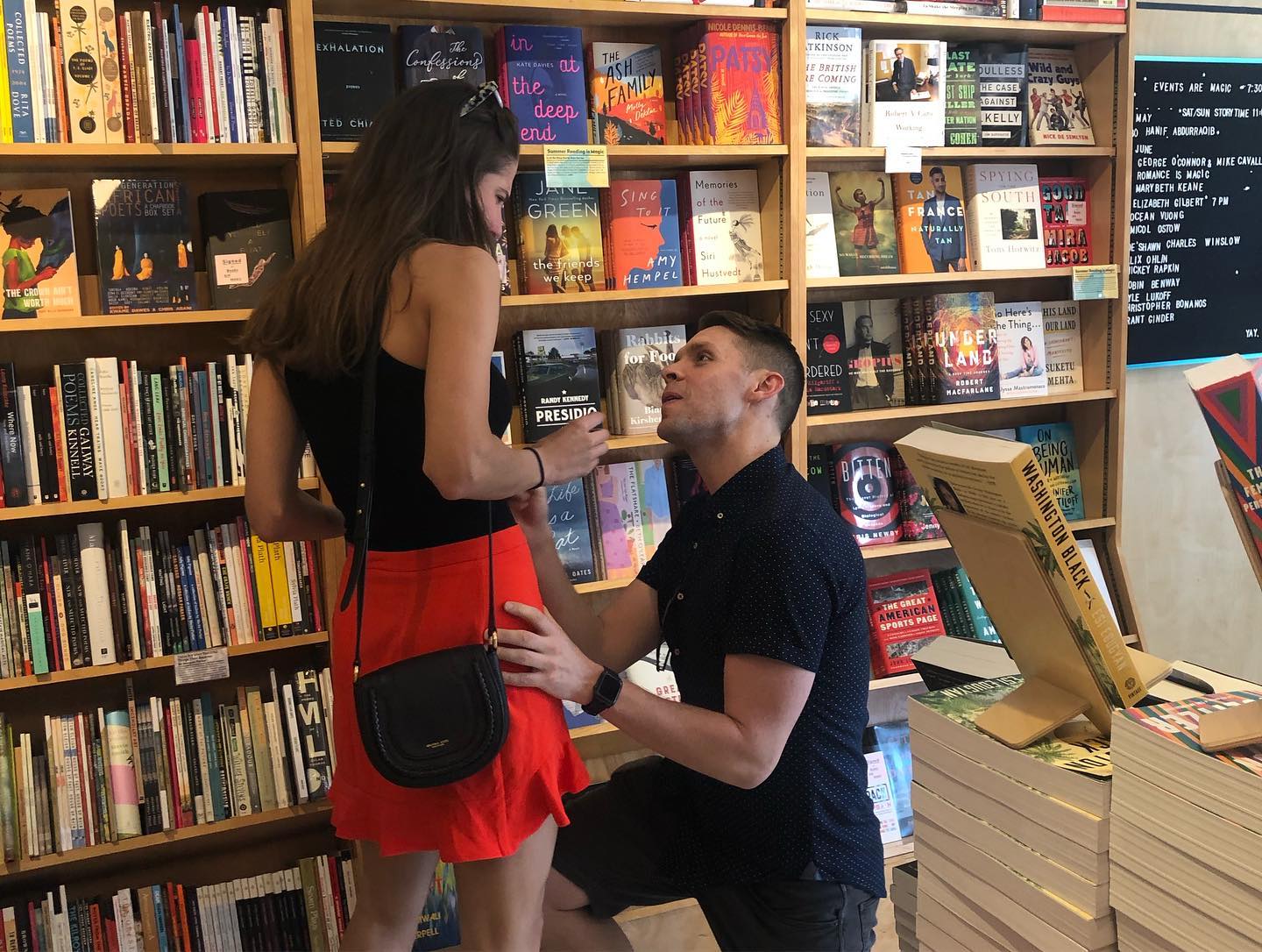 A bookstore first this morning: marriage proposal in the literary aisle.

It started with a phone call – bad connection, sounds like car-calling. I finally gave up and suggested that if he was asking about reservations, that we didn’t take them at lunch. I deciphered enough to think he was inquiring about some future event plan, and I suggested that he come speak in person since our connection was poor.

A tall, young man in a suit popped in a quarter of an hour later asking for help with his imminent plans to ask for a hand in marriage.

He wondered if we had Jane Austen books. We do. I pointed them out to him and hid himself nearby.

She’ll be asking for a book by Jane Austen, he said.

Since he was already out of sight, I assumed that her arrival was to be at any moment. Dustin and I were already in the height of our pre-lunch prep routines, but I situated myself near the front door. After some minutes had passed, I began to worry that she was going to stand him up for his big moment. 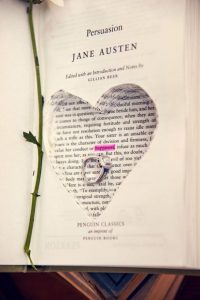 Ahhh. The door opens and there are two young women. Two. And when one asks about Jane Austen, I am immediately concerned for the young suitor, whose intimate moment won’t be private. I point the way to the literature section.

She walked down between the bookcases, and I called after her, you’re almost there – next bookcase on your left…

The two women were considering the various Jane Austen offerings when the Suitor popped out from his hiding spot around the corner and immediately dropped to one knee. I suddenly realized that – in this day and age – everything is documented by video and the significance of the second woman became clear. She was moving about, recording the proposal on her cell phone.

There was a scream, and then a laugh, and then another happy outburst, and that was the moment I imagine she said Yes.

She was still grinning and laughing when she strode past the front counter, flashing her engagement ring in my direction.

“Well done, lad!” I said, as the young man passed by, beaming broadly. “Best wishes to you both!”

If his actions are any indication, they should have a pretty good shot at the marriage thing. Not only had he planned the proposal and its recording, he had obviously invited a crowd of family and friends to join them outside the shop – obvious because there they all were, smiling and laughing and hugging each other.

They spilled back inside and I immediately panicked, thinking Dustin and I were going to be facing a wedding party of twenty or so for lunch, with hardly that many chairs in the place.

They just wanted a few more photographs of the happy couple and entourage, which Dustin handled nicely.

I have to say, it made for an unusual but pleasant start to the lunch service, and it turned out to be a busy day serving lovely people from start to finish.

Then we did the dishes.

Hope your Thanksgiving Day is as satisfying, perhaps with a pleasant surprise of your own tossed in along the way!