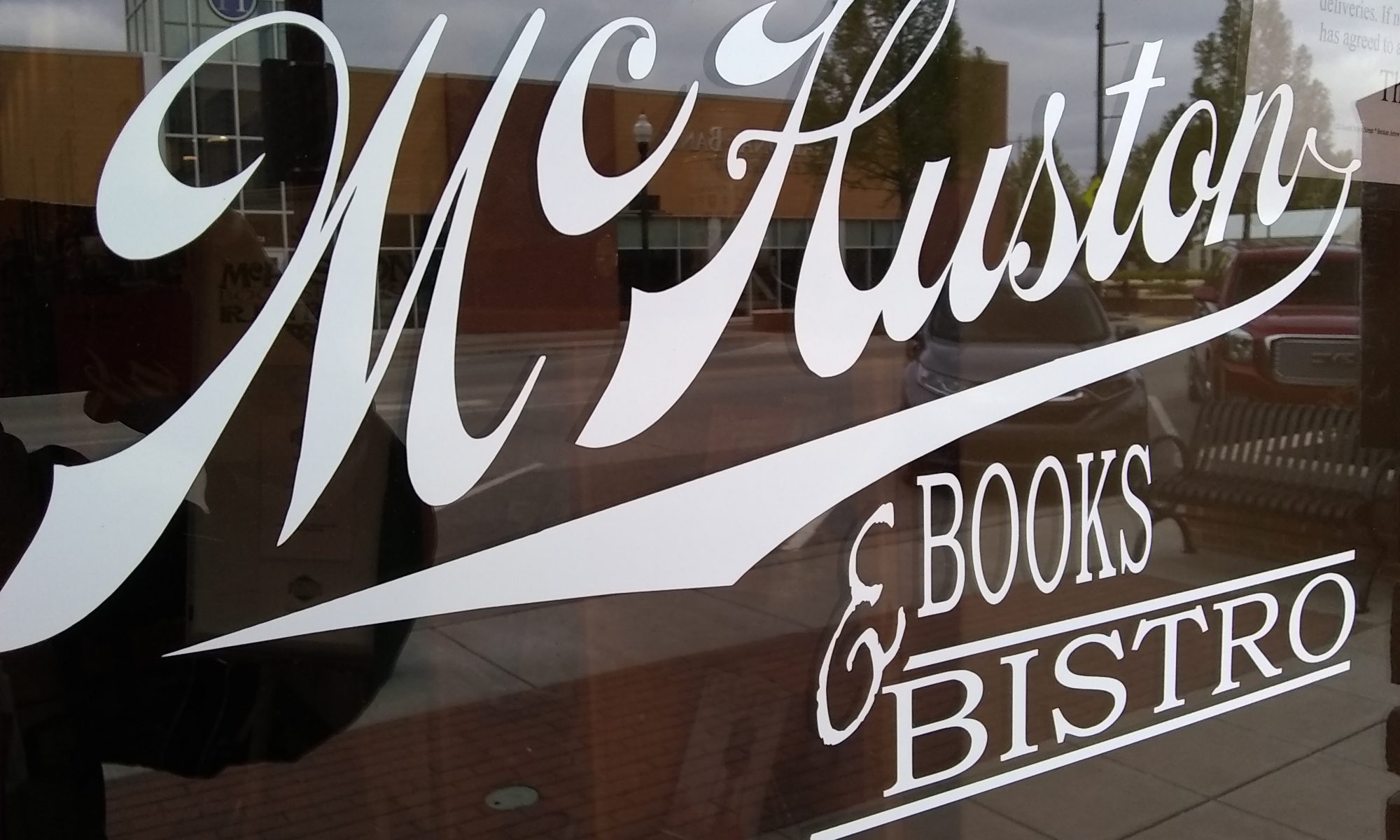 Probably time for an update… A little over a month since we served a meal, but – remarkably – I’ve sold a few books since we hung up the Closed sign. One of our reader-regulars called and asked me to pick out a few books for him, and gave me an ample budget.

Made me feel good. We have had others who have offered to buy gift certificates (thanks, Mr S., for your generous purchase!) and have had some books donated that I have since placed on the shelf. Plenty of time for keeping up with the inventory, just now.

There are always projects to keep me busy. Many of you know that I have collected hand tools most of my life, and love to putter around using them on my various “to-do” items. I’ve become particularly fond of the telescoping magnet that lets me pick up objects from the floor without having to bend down. As I have gotten older, I discovered that things that fall to the floor tend to roll or bounce to the spot most difficult to reach.

Many times they disappear completely – ‘cause I ain’t getting down low enough to look under the bed.

Used those hand tools to replace the brake calipers on the old van, which were in such a sad state that I was afraid to back it out of its parking spot. Driving is good. Stopping better. 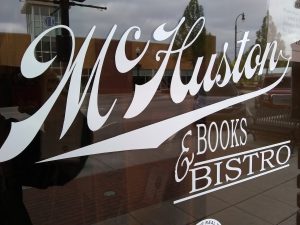 The lettering on the front door now reflects more closely the wording of the awning above the windows. Washed the windows even though there aren’t as many folks walking by and looking in. Plenty of people out walking, but many are being dragged by a dog on a leash and are unable to slow down, much less – stop.

Lots of dusting and organizing going on. Those are the projects that keep getting pushed down the priority list that are finally getting some attention.

Like everyone else, we are trying to anticipate what it will be like, once the isolation orders are lifted. We’ve had emails and voice messages from folks who are wishing us well and urging us to “hang on” – promising to come in as soon as possible. I hope people will, although I wonder if it will take some time to feel comfortable in public after such a time in quarantine. Fingers crossed.

Coming to the shop, I glanced down at the odometer and realized that the numerals were rolling up on a number that would happen only once in the entire life of the car. (That presumes the vehicle won’t make it to the two-hundred-thousand miles mark.) I looked ahead and spotted a church parking lot to turn into, and did so just as the tenth of a mile rolled to the one – which completed the across-the-dial synchronicity. 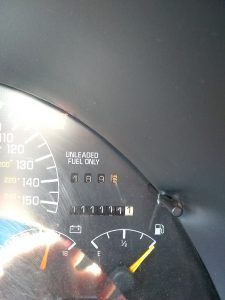 I looked at it a couple of seconds, took a picture, and then thought “so what?” Got back on the road and the mileage kept on rolling. Here’s where I was going to have a complete philosophical rant about our lives keep relentlessly on, traveling the course of…

Aaah. You get the idea. No need to complete the analogy which would have been quickly tossed on the scrapheap of pandemic musings anyway.

Time for me to disinfect these fingers and get back under the mask.

Hope to see you soon…