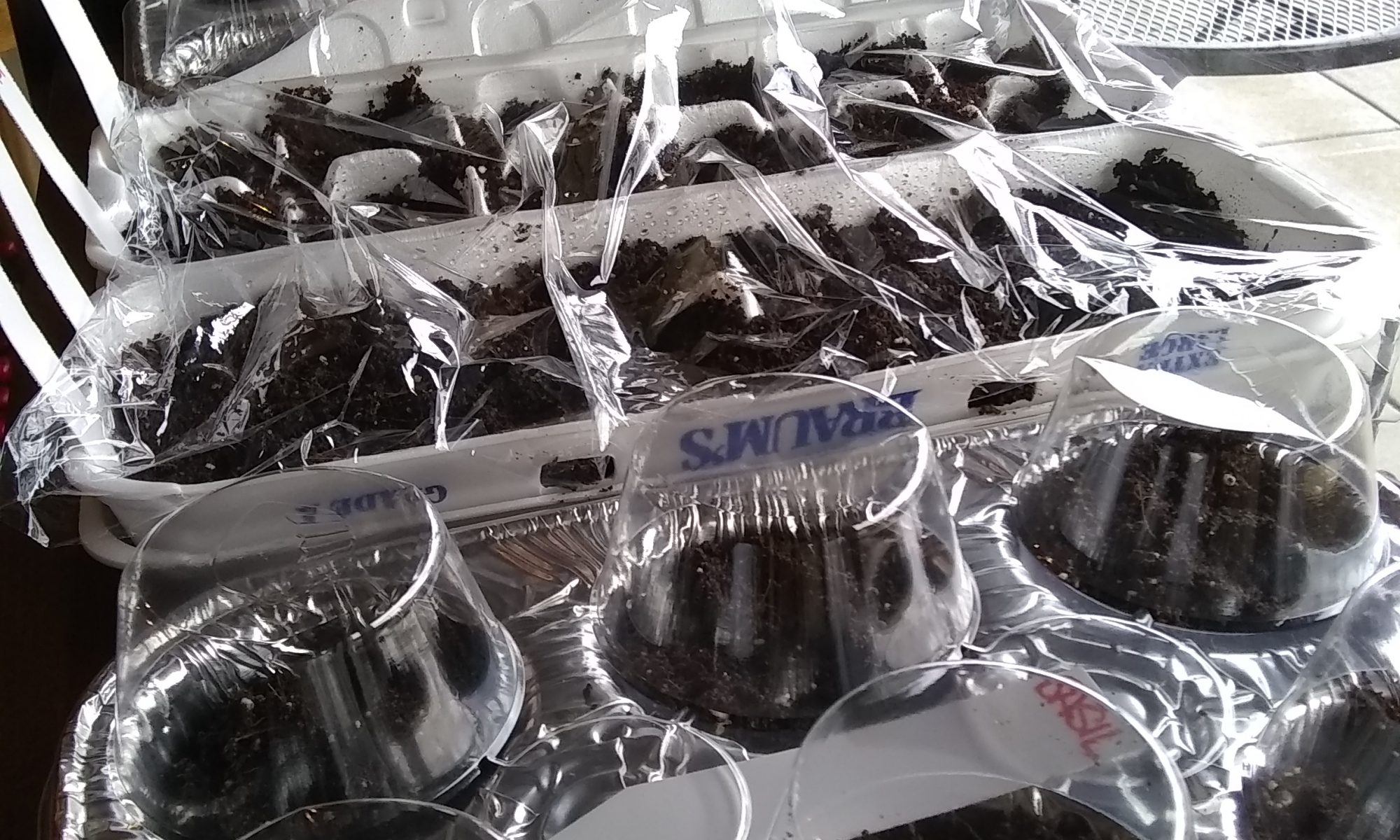 The paper sign on the door was wrinkled from condensation, so I printed another one. After the bold-lettered CLOSED, I didn’t include an explanation. Just wrote, “I think you know why.” Needless to say, Dustin and I are finding other things to occupy our time, since we have locked the doors until further notice.

When the New Year rolled around, I was thinking about projects, and what sort of activity I might take on that is unrelated to the business. No pressing car issues for the time being (or at least until the weather warms up a little…), and I was hoping to come up with something as a distraction rather than a burden. No house painting. Nothing requiring a climb into the attic. Maybe something that could be done in stages, say. – on my Sunday afternoons off from work. Turns out, I have more than just Sundays just now.

I wound up buying some garden seeds, starter cups, and soil, which have been sitting in the office now for months. Some of you have been gardeners for years, and will have to forgive my elevating this project beyond the trivial thing it would be for you. But the only thing I’ve grown lately is mold on bread. (And I don’t mention that with any sense of pride…)

So, here I am in the bookstore-turned-greenhouse, with my food service gloves on, packing little cartons with dirt and sprinklings of seeds. I intended to read the directions but quickly discovered that you expert gardeners recommend differing soil temperatures and germinating times and lighting quantities.

After chucking all that to the side, I just laid down some dirt, dabbed in some seeds, tamped, and watered. About midway to the finish, I realized that – even with a fantastic harvest – it would have been cheaper to buy these things at the store.

Then again, I never did pick up a golf club hoping to make the PGA Tour. Some things can be ‘just for the fun of it.’

Then again, depending on our Covid status, maybe I’ll be surviving just fine on my jalapeno and chives bounty.