Sometimes, creativity takes a back seat. Today’s post is strictly utilitarian, since ESPN needs an address for a Fantasy Football team image. Yes, the McHuston Fussin’ Irish are up for this year’s challenge! 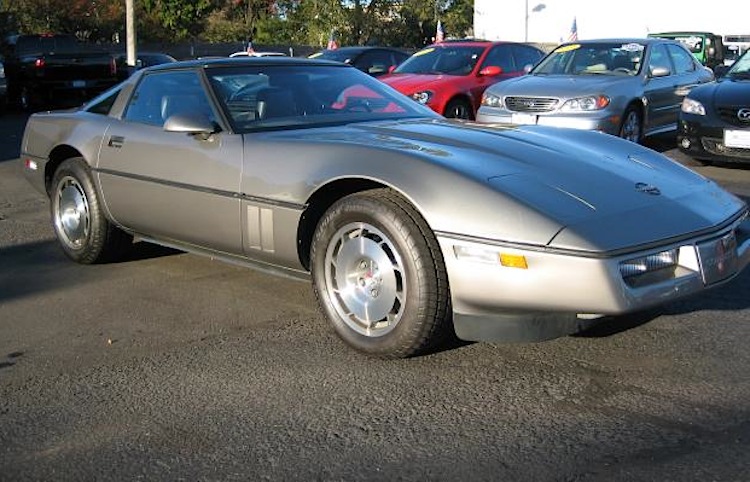 Test-drove a Corvette this afternoon… We took a day off at the shop and there I am at the car lot, having a set of keys dropped into my palm. Idle hands are the devil’s playground, they say – and, as proof – I miss one lunch hour carrying plates and I’m behind the wheel and firing up a 350 cubic inch V-8.

The salesman was a nice gentleman who was filling in over the holiday weekend. He asked me if my interest in the car was one of those mid-life things, and of course I had to correct him.

“Late life thing,” I pointed out.

Turning the key, I had to suppress a grin when the engine fired. The ‘Vette certainly had that muscle car throaty growl.

“Take it out,” said the salesman. “Drive it like you own it.” 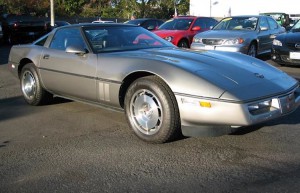 As my buddy-since-school-days Mark will attest, that doesn’t mean I spun the tires as I whipped onto 71st Street. (He told me once that I drove ‘like the oldest 18-year-old’ he had ever seen. I figured if I wore the tires from spinning them, I’d be the one paying for the replacements.)

My bucket-list thing (which is what I figure it is) is to have a car that will snap my head back when I punch the accelerator. I’m not trying to give myself whiplash and I’m not feeling the need to break speed limits. It’s a little hard to understand and even harder to explain.

Sort of like wanting to have the artistic talent to paint a ceiling mural, but having no desire to climb a scaffold to spend a month on my back dabbing with a brush. Sort of.

The car eased out onto 71st, which was jammed with traffic in both directions. I punched it and – sure enough – I merged into the flow with ease. No head snapping though. Automatic transmission. Cold, cold, day. The salesman had said the car had been parked, unstarted, for several days.

I dropped the shift lever from Overdrive to third-gear and goosed it a little, to a better response.

It’s hard to keep emotions tamped down, once that car-bug bites. After I backed it into its space at the lot and took the keys inside, he quickly pointed out that the year was ending and the owner would like to have it out of the year-end inventory.

Good deal on it, he said. Today.

Well, I wasn’t going to pull the trigger after a single test drive. There was a time I might have (admitting here that I have been known to be impulsive).

This is the era of Google and the internet. Car forums. Parts listings. Comparative pricing. A lot of things to be learned from researching at the computer.

None as fun as taking the Corvette out for a drive. 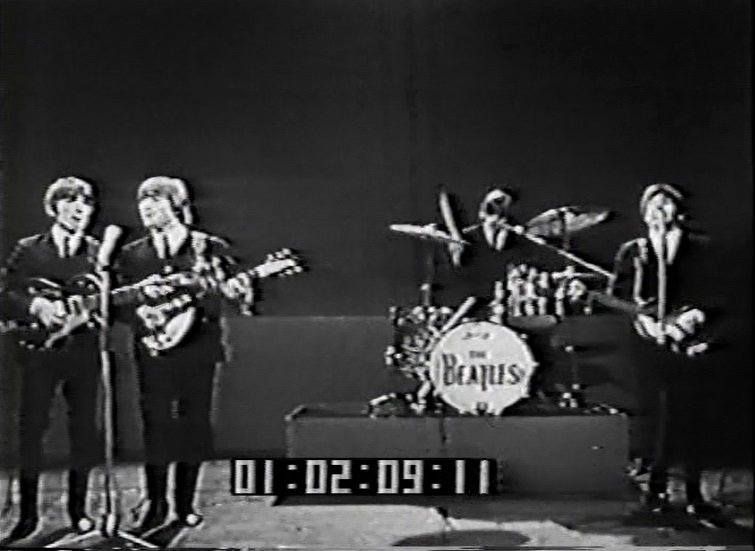 Honestly, I wouldn’t have believed it was Leon, even if someone had pointed at the screen and said, “Hey! There’s Leon Russell!”

Nope. Wouldn’t have believed it. Behind the piano, all right, but no beard, no white hair. In fact, he’s got a cruiser-hair-do straight out of an S.E. Hinton novel.

Then, partway through the song – in between the lines of the verse – he stretches out a word the way only he could do it, and it is unmistakable. Can’t forget a voice that was already one-of-a-kind, even back in 1964. 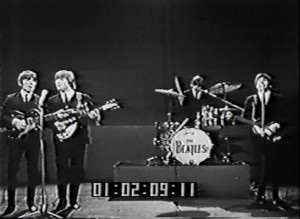 Some of you may remember the show: Shindig! (That’s not my exclamation point… it’s the way the show was titled.) It was pretty early rock and roll, and unlike New Year’s TV music broadcasts these days, there was no lip-synching. Real guitar licks. Real vocals.

There was a house band that played each week. The Shin-diggers – who were later known as the Shindogs. Some musicians who later became big names, including Tulsa’s Leon Russell on piano. There was Glen Campbell, Billy Preston, Delaney Bramlett (half of Delaney & Bonnie, and the guy who taught George Harrison to play slide guitar), and other notables who were later known as the Wrecking Crew (Phil Spector’s studio band).

Shindig! was put together as a replacement show for Hootenanny, another musical variety show that featured folk and bluegrass music. (Even as I’m typing these show-titles they sound old-fashioned and antiquated. Did we really use words like that?) 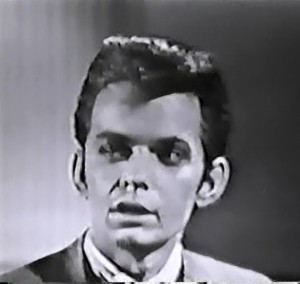 “Come on!” we yelled. “Let’s have ourselves a hootenanny!”

“Oh, you’re darn-tootin!” rang out the shouted reply. “We’ll have a regular shindig!”

Looking at these pirated episodes, I have to shake my head at the dancing (as familiar as some of the moves look…) and the hair styles, but the music isn’t embarrassing. The show was taped before a live audience and the musicians did themselves justice. Sure, they’re oldies. But they’re easier to dance to than a history book.

The show had a two year run – not quite 100 shows – that for a time aired twice a week in prime time. 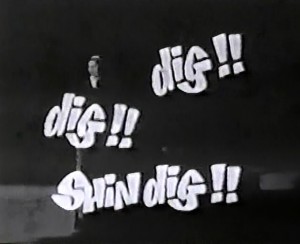 And there were plenty of stars: the Beatles taped a performance in England for the show (Oct 7, 1964), Roy Orbison, Mannfred Mann, the Righteous Brothers, Tina Turner, Tulsa’s Roy Clark, Marvin Gaye, the Beach Boys – all performed in the early shows over the first few months, and there were plenty of others.

It’s almost a miracle that I’m able to view the episodes. Back in the early 1960’s, videotape was a new thing, and quite expensive. Since it was re-usable, it mostly was – and many programs were simply lost in the overwrite recording. Some years ago, a record label released some compilation tapes (VCR), picking and choosing songs to include according to a theme.

But in this case, some fan put a film camera in front of his TV screen (I’m guessing, in the way the old Kinescope recordings were done) and created an archive. Some shows are obviously copied from a studio master, as the inclusion of a running-time stamp would indicate.

One thing I’ve noticed about these shows I recall from back then: Everybody sure looks young.

Well, some of us no longer have our youth – but we’ve got technology, by gosh! I’m cranking up the computer and jumping up (slowly) to do the Mashed Potato!

(Chef Dustin makes his mash by hand every day for lunchtime, so Come Visit!)